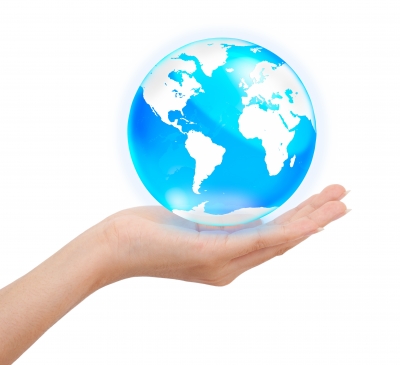 All human activity has an impact on the environment. However during the last century, the nature and the magnitude of these impacts have evolved to the point that taking into account the environment in our activities is a necessity. Aided by a growing understanding of our environment, the consequences of inactions is creating serious and irreversible damages.
The characteristics of the environmental problems we face are unprecedented with those which man knew so far.

One of the most characteristic signs of environmental degradation is particularly embodied by the subject of climate change. Highlighted by the IPCC (Intergovernmental Panel on Climate Change), the scientific studies relate the increasing levels of greenhouse gas emissions in the atmosphere to the average temperatures measured across the planet.

Climate change reflets particular characteristics of modern environmental issues (severity of consequences, irreversibility, scale of impact, etc.).
The consequences of climate change are several and all mechanisms and interactions between the different systems studied are not yet known.

However most studies agreed on the anthropogenic origin of greenhouse gas emissions and the serious consequences that await us. The precautionary principle takes on its meaning in that « In case where there are threats of serious or irreversible damage, lack of full scientific certainty should not be an excuse for postponing the adoption of effective measures to prevent environmental degradation. »

The erosion of biodiversity

IUCN (International Union for Conservation of Nature) aims to assess the state of biodiversity and implement projects to protect biodiversity.
IUCN publishes regular reports on endangered species and class them into seven categories (from « least concern » to « extinct »). In its latest annual report of 2016, on 85 604 animal and plant species evaluated, 20 595 of them are on the red list of endangered species of IUCN.1.

The degradation of ecosystem services

The Millennium Ecosystem Assessment is a study initiated in the 2000s by the General Secretary of the UN and brings together the work of over a thousand scientists around the world.

The aim of this study was to evaluate what we call the « ecological services », that is to say all services provided by different ecosystems that are essential to life of humans on the planet and his well being (e.g. ecological service: timber production, food production, climate control, etc..). The objective is to prioritize actions to preserve the environment and allow its use by humans in a sustainable manner.

The results of this evaluation show that among the 24 ecosystem services that were studied, 15 of them are being degraded or used unsustainably2. Over the last 50 years, humans have changed surrounding ecosystems, more rapidly and more widely, than during any comparable period in human history.

In the end, the changes to ecosystems have contributed significantly to the improvement of human welfare and economic development. However, these improvements have been achieved at the expense of the degradation of many ecosystem services and exacerbation of poverty for some populations.

The depletion of natural resources

Resources are considered as not renewable as soon as they are present in a finite quantity on earth, the stock we have is limited, regardless the difficulty of access to this resource.

A resource is also considered non-renewable, as soon as the renewal term of this resource is much longer than the time scale of human society. This is particularly the case of energy resources: gas, coal, oil, which must be considered as non-renewable resources for which we have at present, a finite and limited stock.

For information purposes, oil currently accounts for 31% of our final energy consumption according to the International Energy Agency3. This proportion in our energy consumption shall make us aware of how many means we will have to find to replace this resource when it will no longer be available. The oil stocks currently have a proven amount of 240 billion tons, according to the « BP Statistical Review of World Energy »4 of June 2017 for a world consumption of 4.4 billion tons of oil in 2016.

With regard to mineral resources, many of which are necessary for advanced technologies such as electronics, the status of available reserves shows us a depletion of most of these resources by the end of the century, including:

After these dates, it is likely that these resources will be much more difficult to reach or even completely unavailable, without relying on the risks of instability and rising prices of raw materials. Therefore recycling of these resources is presented as a necessary solution for proper management of these resources.